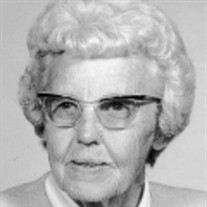 Russell, Winona Turner 98 March 22, 1915 Aug. 31, 2013 Longtime Hillsboro resident and teacher, Winona Turner Russell, died Saturday, Aug. 31. She was 98. Services will be held 11 a.m., Saturday, Sept. 7, at the Hillsboro Christian Church. She was born in 1915 in Laurel, the fifth and youngest child of Ella and Ewell Turner, proprietors of the Laurel Store. In 1919, the family moved just west of Hillsboro. She attended Hillsboro schools and then Pacific University where she earned her B.A. and M.S. degrees. After college, Winona began her teaching career at Silverton High School. She returned to Hillsboro to marry Carl Russell in 1938. They bought part of the Turner property and built their home where Winona remained until 2008. Winona resumed teaching in the late 1950s. She began at Brookwood Elementary then moved on to Poynter Junior High where she spent most of her career teaching English and Social Studies. She was a respected teacher and a favorite of her students. She retired from public school teaching in 1981 but continued to serve as a volunteer teacher for adult English language programs. Winona was an active lifelong member of the Hillsboro Christian Church. She was also active in Delta Kappa Gamma and PEO. Winona enjoyed spending her time outdoors. Tending her two and a half acre property with garden, fruit trees and lawn kept her busy. She also enjoyed outdoor adventures particularly white water rafting. Her experiences included exciting trips down the Colorado and Snake rivers. Through her family, teaching and social activities, Winona had a great influence upon many people. Her positive attitude and generous, helping nature were always a source of support to those around her. She is survived by four children, Winona Jean Ferguson, Paula Lape, Linda Loft, Don Russell; seven grandchildren; and five great-grandchildren. Funeral 11 a.m., Saturday, Sept. 7, at Hillsboro Christian Church, 540 NE Edison in Hillsboro. Interment in Fir Lawn Memorial Park in Hillsboro. Viewing at Donelson-Fir Lawn Memorial Center in Hillsboro from 2 p.m. until 5 p.m Friday.

The family of Winona Russell created this Life Tributes page to make it easy to share your memories.

Send flowers to the Russell family.