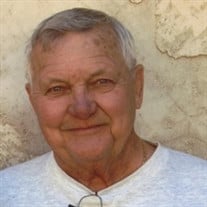 William (Bill) Harvey was born in Killdeer, ND, son of Claude E. Harvey and Ida Fern (Fittro) Harvey. His father died in 1935. He moved to Hillsboro, OR with his mother in 1943 and graduated from Hillsboro Union High School in 1947. Bill served four years in the U.S. Navy during the Korean Conflict. On November 25, 1955 he married Sharleen K. Rice in Hillsboro, and they lived in the Rockwood area east of Portland for seventeen years at which time they moved back to Hillsboro. Following his military service he became an apprentice steamfitter as a member of U.A. Plumbers and Steamfitters Union, and was employed by Temp Control Corporation until 1966 when he formed his own mechanical contracting firm, Interstate Mechanical, Inc. in Portland, Oregon. He served fourteen years on the Steamfitters Apprenticeship Committee and became chairman of the committee. He was an active member in the Oregon PHCC and the National Association of Plumbing and Heating Contractors and served as the national president in 1985-1986 and national Contractor of the Year in 1991. He was a Life Member of the Hillsboro BPOE Lodge #1862. Bill retired from business in 1993 and with his wife became a "snowbird" wintering in Mesa, AZ and enjoying summers in Hillsboro, OR. In retirement he became an accomplished cutter of gemstones and has a collection on display at the Rice Northwest Museum of Rocks and Minerals in Hillsboro. He was also a member of the Columbia Willamette Faceters Guild, Portland, OR and the Lapidary and Silversmithing Club at Sunland Village East in Mesa, AZ. During his lifetime he enjoyed fishing and hunting and was a lifetime member of NRA. Bill died peacefully at home in Mesa on November 6, 2013. He was preceded in death by his father, mother, and four brothers and is survived by his wife and two sons ; Sharleen K. Harvey, William L. Harvey, Jr. and his wife Linda, and Richard C. Harvey; also, five grandchildren, and four great-grandchildren. His burial will be at Fir Lawn Memorial Gardens in Hillsboro, Oregon. Funeral service 11:00 AM Sat. Nov. 16 in the Chapel of Donelson-Fir Lawn memorial Center, 1070 W. Main in Hillsboro. Viewing at the funeral home from 2:00 PM until 5:00 PM on Friday, Nov. 15.

William (Bill) Harvey was born in Killdeer, ND, son of Claude E. Harvey and Ida Fern (Fittro) Harvey. His father died in 1935. He moved to Hillsboro, OR with his mother in 1943 and graduated from Hillsboro Union High School in 1947. Bill served... View Obituary & Service Information

The family of William Leroy "Bill" Harvey created this Life Tributes page to make it easy to share your memories.