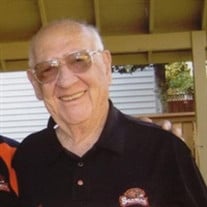 C. Wayne Duggan: Nov. 11, 1919-Nov. 2, 2013 C. Wayne Duggan, a life-long engineer who not only constructed roads and bridges around the western United States, but also built a loving family that continues to grow to this day, died peacefully in his home on Nov. 2, nine days before his 94th birthday. Duggan, of Beaverton, Ore., spent his days walking with friends around Washington Square, cheering on the Oregon State Beavers football and baseball teams (his HDTV was a Godsend) and participating in the Mariners Church Group. He regularly attended reunions of his OSU Lambda Chi Alpha Fraternity Chapter. He loved old western films with John Wayne and western novels by Louis L'Amour and was known to love peanut butter toast in the morning and the occasional gin and tonic at night. He was also a fan of coconut banana cream pie and white merlot. Duggan was a U.S. Army veteran who loved watching the waves break on Cannon Beach and spent his golden years traveling the United States in a motorhome as well as jet-setting the world, from China to Ireland to Egypt to Russia. He loved the ocean and made sure to teach his children how to dig for clams as well as how to pack a car just so before heading out on a road trip. Most importantly, he was a husband, father, grandfather and great-grandfather. Dozens of photos of his family -- including three children, a stepson, six grandchildren and seven great-grandchildren -- lined the hallways of the one-story Beaverton home he cherished. Paintings and photos of horses could be found throughout his home. His favorite pastime in later years was piecing together puzzles from around the world. Duggan was born Nov. 11, 1919 in Portland, Ore. to Everett and Violet Duggan. His early years were spent in Portland, Boardman and Cannon Beach, Oregon with his brother Ken, now deceased. He graduated from Seaside High School in 1937. He was the son of an outdoorsman. His father helped build and manage Ecola State Park at Cannon Beach and Honeyman State Park near Florence, Oregon. His mother ran the swim center/bath house at Honeyman State Park. Before he graduated with a degree in civil engineering from Oregon State University in 1947, Duggan served with the Air Transport Command as an operations officer for the U.S. Army, 8th Air Force, from 1944 to 1946 while stationed in England during World War II. He married Louise Cummins-Swanson in Corvallis, Ore., in 1946 and moved to Yakima, Wash., with their son, John in 1947. Their two daughters, Patty and Pam, were born in 1948 and 1950 respectively. By 1951, Duggan was working for Ross Island Cement Products in Portland. In 1953 he started working for the Federal Highway Administration, which would include jobs in Salem, Ore., Helena, Mont., and back in Portland where he retired in 1980. He also retired as a Captain from the Army Reserves in 1966. Duggan was preceded in death by his first wife Louise of 54 years in 2000 and his second wife, Susan Sherman, who he married in 2005 and who passed in 2007. He is survived by three children, John Duggan and his wife Carol from Henderson, Nev.; Patty Johanson and her husband David from Mill Creek, Wash.; and Pam Mrachek and husband Tom from Moses Lake, Wash; stepson Bruce Sherman of Portland; six grandchildren, Brian Duggan and wife Megan from Reno, Nev.; Kevin Duggan from San Luis Obispo, Calif.; Eric Johanson and his wife Amy of Lodi, Calif; Patrick Johanson and his wife Crystal of Bozeman, Mont.; Courtney Russell and her husband Brian of Moses Lake, Wash.; and Kerry Mrachek from Woodinville, Wash; and great-grandchildren including Grant, Rylee and Landon of Eric and Amy Johanson; Jayce and a baby daughter due in January of Patrick and Crystal Johanson; and Jordan and Keenan of Courtney and Brian Russell. Memorial Gifts in Wayne Duggan's name Calvin Presbyterian Church 10445 SW Canterbury Lane Tigard, Oregon 97224 Beaverton Library Foundation P.O. Box 602 Beaverton, Oregon 97075-0602 For expanding, replacing, repairing, etc, library large print edition holdings. Forward Stride 18218 SW Horse Tale Dr. Beaverton, OR 97007 Horse therapy for wounded Veterans www.forwardstride.org

C. Wayne Duggan: Nov. 11, 1919-Nov. 2, 2013 C. Wayne Duggan, a life-long engineer who not only constructed roads and bridges around the western United States, but also built a loving family that continues to grow to this day, died peacefully... View Obituary & Service Information

The family of Wayne Duggan created this Life Tributes page to make it easy to share your memories.

Send flowers to the Duggan family.