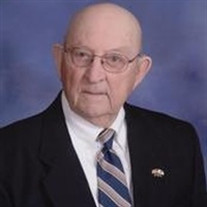 Joseph Leo Bridges age 92 of Dilley died January 21 at Tuality Hospital in Hillsboro. He was born Oct. 31, 1919 in Arcadia, Nebraska to Iven & Virginia (Welty) Bridges. Also in the family were his brother Robert Bridges and sister Myrtle Thrush. The family moved to Multnomah City, Oregon in 1934 after Joseph finished the eighth grade. In 1935 he moved to Gaston, Oregon and worked picking fruits and vegetables for R. J. Bates Feed & Grain. Joseph joined the Army Air Corps in 1942 and graduated as a pilot from West Coast Training Command Class 43C on March 10, 1942. He went to B-25 Transitional School in Sacramento, California, First Phase Training of B-25 in Greenville, South Carolina and B-17 training at Lockburn Field, Ohio. He transferred to Boise, Idaho for B-24 training and completed three phases then shipped overseas to combat in April 1944. Joseph was assigned to the 72nd Squadron of the 5th Bomb Group of the 13th Air Force flying combat missions from Guadacanal and other bases including Samar, Philippines. He completed 40 combat missions. He opted to stay in Samar, Philippines flying C-47 transport among various assignments before returning stateside. He received 7 Oak Leaf Cluster Air Medals and various theater ribbons. Entering as a buck private, he resigned with the rank of Major. He returned stateside on VE Day in 1945 and was relieved of duty in November, 1945. After returning home, he helped his mother raise turkeys. On September 2, 1946 he married Helen VanDyke. They lived in Forest Grove until the completion of their house in Dilley where Joseph lived until his death. He worked for seventeen years for Harold VanDyke in the clover seed plant. Then he managed the Frank VanDyke and Sons Grain Mill for seventeen years before retiring.. Joseph farmed his own acreage in the summertime raising beans, strawberries, corn, yellow crookneck squash, broccoli, cauliflowers and green beans. He made the 5 Ton Club for strawberries for multiple years. He served on the Dilley School Board for 13 years in all capacities. In May of 1996 Joseph received The Edward H. Stoll Award from the National Weather Service commemorating fifty years as a weather observer. He measured the rain daily for 65 years, reporting the results to the National Weather Service. Joseph was fond of all animals and loved to play cribbage. Always willing to lend a helping hand to anyone in need. Joseph was preceded in death by his wife Helen in 2002, his daughter Joyce in 1994, his brother Robert in 1998, his sister Myrtle in 1991 and by his parents. Survivors include son Ken Bridges and wife Janet, daughter Donna DuPont and husband Jim, son Jerry Bridges and wife Linda, son-in-law Tom Harpole, 2 grandchildren - Michelle Roppe and Jessica Harpole and 1 great grandchild - Jadin Roppe. Funeral services will be at 1:00 P. M. on Wednesday, January 25 at Donelson-Fir Lawn Memorial Center Chapel in Hillsboro. Viewing at the funeral home will be on Tuesday from 2 P. M. until 5 P. M. Mausoleum entombment with Military Honors will follow the funeral at Mountain View Cemetery in Forest Grove. Memorial contributions may be made to the Oregon Humane Society.

The family of Joseph Leo Bridges created this Life Tributes page to make it easy to share your memories.

Send flowers to the Bridges family.