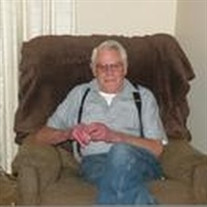 Irvin Walter Meeuwsen, 79, a lifelong member of Western Washington County, died Saturday morning, November 12, 2011 in the arms of his wife at the family home following a heart attack. Viewing and Visitation will be held Friday, November 18, 2011 from 9:30 am until the Recitation of the Holy Rosary at 10:30 am at St. Matthew Catholic Church, 3rd and Oak Street in Hillsboro. A Mass of Christian Burial will follow at 11 am celebrated by Reverend Peter Arteagu. Family and Friends are invited to attend a luncheon reception at the Parish Hall immediately following the mass. A Graveside Service and Interment will be held at 2 pm at the Visitation Catholic Cemetery, Verboort, Oregon. Irvin Walter Meeuwsen was born April 21, 1932 in Forest Grove, Oregon to Walter and Theresa Herb Meeuwsen. He was raised and educated in Forest Grove having graduated from Forest Grove High School in 1950. He was drafted into the US Army in 1952 where he served in the Korean Conflict. Following his return home, he went to work at the Forest Grove Chevy dealership. Irvin was united in marriage to Diane Van Dyke on September 19, 1959 in Verboort, Oregon. They raised four children and celebrated fifty-two years of life together. Irv loved working on cars. He attended ITT Technical Training so that he could work in the auto body repair business. Over the years he would work at Bruce Chevy Dealership in Hillsboro and then make a big change to the MacKenzie Ford Dealership on TV Highway. Irv finally decided to retire in 1992. Among his personal interests he enjoyed deer hunting, fishing, and camping. They also went on a cruise to Alaska and spent one week every summer at the family cabin in Sunriver. He truly enjoyed the great outdoors. Crabbing and gardening were also favorites pastimes. He was a quiet man who usually got teased at the family functions about how he "talked too much". He just smiled and went back to watching the football game. He was preceded in death by his sister, Illene Vanderzanden, brother in law, Dick Quibitiz, and two sisters in law; Susie and Lois Meeuwsen. Survivors include his wife Diane of the family home, daughters; Pam and Mike Eweens of Cornelius, Shelley and Ken Felton of Hillsboro, two sons and daugheters in law, Thom and Carol Meeuwsen of Hillsboro and Walt and Natalie Meeuwsen of Beaverton. Also surviving are ten grandchildren and many nieces and nephews. Services are entrusted to Donelson~ Fir Lawn Memorial Center, Hillsboro. Please check back for more information and photo tributes.

Irvin Walter Meeuwsen, 79, a lifelong member of Western Washington County, died Saturday morning, November 12, 2011 in the arms of his wife at the family home following a heart attack. Viewing and Visitation will be held Friday, November 18,... View Obituary & Service Information

The family of Irvin Walter Meeuwsen created this Life Tributes page to make it easy to share your memories.

Send flowers to the Meeuwsen family.