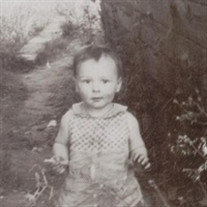 Dwaine passed away peacefully Dec. 29, 2012 at OHSU in Portland at age 74 of stomach cancer, which he had been fighting for the past 18 months, with family by his side. He was born June 9, 1938 in Hillsboro, the middle child of Charles Sheldon Northrup and Florence (Evans) Northrup. Dwaine attended grade school at Shadybrook and West Union Grade Schools and graduated from Hillsboro High School in 1956. After graduating he joined the Navy, serving for 4 years. He met Delores Wallnofer when he was 16 and married her 4 years later on December 13, 1957. They recently celebrated their 55th wedding anniversary. They had 3 children; Dean, Diane and Debra. Dwaine bought his first dump truck in 1966, owning and driving several different ones until his retirement in 2008. He joined the Hillsboro Moose Lodge in 1977, becoming very active. He held several lodge officer positions and was Governor in 1982-83 and became OMA President in 1987-88. He earned his Fellowship and Pilgrim degrees. He also ran his small farm, growing and baling hay for his 25 head of cattle. His property is a portion of his childhood home in the Shadybrook area. He loved 'old' country music; he and his wife went dancing at the McMinnville Grange almost every Friday night up to the end. Dwaine was an excellent dancer. Dwaine was preceded in death by his parents, younger brother Gary Northrup and nephew Randy Miller. He is survived by his wife, Delores; children Dean Northrup, Diane (Michael) Woodward, Debbie (Earl) Frank; 5 grandsons Nathan (Amanda) Woodward, Jeremy (Michelle) Woodward, Tyler Woodward, Sheldon Northrup, Logan Frank; one granddaughter Taylor Frank and one great-grandson Grayson Woodward. He was very proud of his grandchildren. He is also survived by his sister Marlene (Tom) Cheatum and 3 sister-in-laws Marietta (George) Metteer, Celeste Wallnofer and Glenda Sieren. He is also survived by several cousins, nieces and nephews. A funeral will be held at 11:00 am, Monday, January 7, 2013, at Donelson~Fir Lawn Memorial Center, 1070 W. Main St. Hillsboro, OR 97123. Interment will be at Shadybrook Cemetery (North Plains) following the chapel service. Immediately following will be a luncheon at the Wash. County Grange on Pumpkin Ridge Rd..

Dwaine passed away peacefully Dec. 29, 2012 at OHSU in Portland at age 74 of stomach cancer, which he had been fighting for the past 18 months, with family by his side. He was born June 9, 1938 in Hillsboro, the middle child of Charles Sheldon... View Obituary & Service Information

The family of Dwaine E. Northrup created this Life Tributes page to make it easy to share your memories.

Send flowers to the Northrup family.