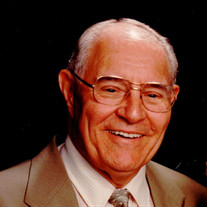 Our father, Arthur Thomas Shelton, was the first-born child of Aubrey Claude Shelton and Sadie Evangeline Linse. He arrived on October 30, 1927 in Yakima, Washington. Two year later, he eagerly welcomed his sister Gloria Ann. The two children had many sibling adventures. They managed to set a vacant field on fire – despite the fact that their father was a fireman! They enjoyed ice skating on frozen irrigation canals. They co-edited a penny newspaper for their neighborhood friends. Dad honed his budding artistic skills in its production. Dad enjoyed photography. He developed and tinted his own pictures. He used all the members of his family as sketching models. He often made his own greeting cards and included creative poetry. In his later years, while we were young, he would entertain us with Bible story cartoons during 2-hour Japanese church services. He also created “Smart Art” cards for our birthdays and holidays. As a young person, he planned on working in the commercial art field. Around this time, during special meetings at his church, he sensed his Creator God revealing Himself, and Dad’s heart wanted more. Although he felt his personal skills in communication were inadequate, he decided to pursue a life of obedience to God and dependence on Him. He yielded up what he wanted to do, and chose to follow Jesus. He decided to attend Cascade College in Portland, where he gained confidence and leadership skills. He served as Class President during his senior year – and his fiancée, Carol Reeser, serviced as Secretary. Together, they sensed God’s direction toward sharing His love for others. They were married in August, 1949. Dad continued his preparations for ministry at Western Evangelical Seminary in Jennings Lodge, Oregon. They pastored the Talbot Community Church – and welcomed first child Deanne while there. In October, 1953, after being appointed as missionaries to Japan through the Oriental Missionary Society (later OMS International and One Mission Society), they sailed across the Pacific Ocean. A normally 2-week trip took 25 days, due to a storm. Son, Alan, and daughter, Barbara were born there. Dad liked to joke that they were “made in Japan”. Dad learned the Japanese language over the next 40 years, to facilitate his teaching and preaching. He helped with church planting through tent evangelism. He remembered one time using the bathtub (Japanese style “ofuro”) in our home for baptisms. Later, he taught the Synoptic Gospels at the Tokyo Biblical Seminary. He supported and helped with the Japan Holiness Church’s radio broadcast. He trained and encouraged pastors. He worked in administration and served on the Christian Academy School board. In other words, he wore “many hats” as needed. He believed in “stick-to-it-iveness”, even in challenging tasks such as being the field treasurer. Much of his love for Japan and its people is recorded in his book – Japan Through the Eyes of Art Shelton 1953-1993. Dad walked fast and had a long stride. With size 14 feet, his shoes were entertaining for many local people. When visiting a church, everyone left their shoes at the front door. Once, two women were found giggling as they tried to put both their feet into his one shoe. In many ways, Dad had large shoes to fill! He loved his family – all 10 grandchildren and 22 great-grandchildren. He read stories, told jokes, took us iceskating, cheered at basketball games, enjoyed concerts and recitals, attended graduations, and officiated at weddings. After 40 years in Japan, Dad and Mom relocated to Hillsboro, Oregon. They remained active at Laurel Community Church and Tualatin Valley Community Church. Dad taught Adult Sunday School classes. He also taught Bible Study classes at the Union Gospel Mission in Portland. In his later years, macular degeneration and Parkinson’s disease took hold of his body, slowing down his activities. In April, 2016 Dad and Mom moved to Tacoma, Washington, where they were tenderly cared for by son, Alan his wife, Shari. Dad and Mom celebrated their 70-year anniversary with family members on an Alaska cruise. Carol predeceased Art in June, 2020. He is survived by his sister Gloria Lomax, brother-in-law Willis Reeser (Connie), children Deanne Balzer (Dan), Alan Shelton (Shari), Barbara Flitcroft, 10 grandchildren, Darla Bauer (Brian), Annie Mills (Aaron), Aaron Shelton (Tini), David Balzer (Blair), Aubrey Shelton (Courtney), Ryan Flitcroft, Ben Shelton (Laura), Austin Shelton (Megan), Karina Alvarez (Albert), Kaleb Shelton-Johnson (Jazmine) 22 great-grandchildren, and many beloved nieces and nephews. In lieu of flowers, donations can be made to: One Mission Society Attn: Art & Carol Shelton TBS Endowment PO Box A Greenwood, IN 46142

The family of Arthur Thomas Shelton created this Life Tributes page to make it easy to share your memories.

Our father, Arthur Thomas Shelton, was the first-born child of...

Send flowers to the Shelton family.